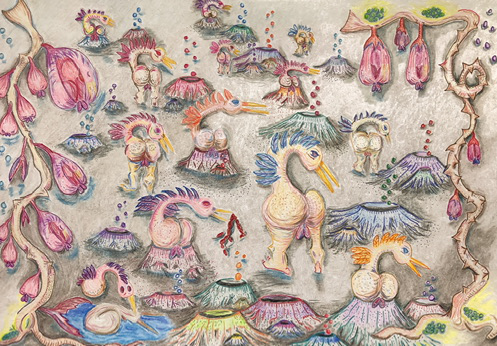 Dani's world changed in January 2018. In a post #metoo world she found people were more likely to listen to her so life was no longer a constant argument. She started drawing again. At first, just stick figures. But eventually she got good again.

Dani is particularly influenced by medieval manuscript illustrations. Prints of her visual art can be found on Redbubble. Due to shipping rates she is looking at other print on demand sites for people outside of the USA. Eventually she will start selling prints from her own (currently closed) Etsy site.