Idea and Argument Part One

MANSPLAINING AND OTHER TRIGGERS3/5/2022
I have actual PTS and although most of my triggers relate to dates or smells and jump scares or stuff I can't quite describe, sometimes I am triggered by the general attitude of people talking at me (notice the not to me, but at me). There has been a huge online increase of men mansplaining. And this lack of respect is triggering, much like creeps or receiving dick pics (not every creep sends a picture of his small cock around).


I swear these dickless wonders are looking for an argument. I had one where I commented on one of those best cover song memes where I said Coil's version of Tainted Love even though it was released within a few years of Soft Cell's COVER. Then I put in brackets that I can never remember the name of the original artist. Some dickless wonder took it upon himself to tell me that Soft Cell did not originally perform Tainted Love as if I didn't already state that. If he had stated "the song was first performed by X and it was written by X" then that would have been fine. He would have been filling in the blank that I left by not knowing who the original artist was. However, I clearly stated that Soft Cell released a COVER of the same song not all that long before.

That's just one incident of many over recent weeks. I've obviously experienced much worse. I'm not going to give these men the argument they clearly get off on. I've experienced enough of that when it has been a life/death situation. I'm sick of the arguments.

However, I don't appreciate being spoken to like that. I'm not going to internalise and become angry. This is what argumentative men want. They want women to appear crazy (my ten years of Hell started that way, when I kept saying I had to work and needed a specific computer to do so and was prevented from working, the eight years of Hell I went through getting an education was evidently not good enough for relations to comprehend that I was a grown women who was going to work within my circumstances to have the life I wanted, hence the life/death, I will have lifelong health problems and developed PTS as a result of that and I'm very lucky I am still alive and once I moved to Liverpool, everything was an argument and I am still in danger as a result of someone not listening when I said not to do something and that isn't PTS danger, it is actual physical danger).

I save dick pics for use in album artwork for the eventual release of Trafficking Synth and Guitar Edition. I included text based on creepy messages and comments in 56 Seconds (as seen in the picture below, that's the origins of the eyeball licking). I will now be saving mansplaining comments for use in cut-ups and maybe they'll appear in a story in the same way eyeball licking appeared in 56 Seconds.

Obviously, mansplaining isn't the only thing that'll have your comment saved for later use. There's quite a few of these but it there has been a clear increase in mansplaining since the start of the Depp/Heard trial. I feel this is a good place to point out that I have training in spotting cluster b disorders (I'm not allowed to diagnose though). Although I will cover this more in-depth when I acknowledge the anniversary of handing in my degree assignment, I will state right now that the only person I have ever met that hits the clinical diagnostic criteria for HPD has been a man. So this hysterical women thing isn't a thing. Men trying to bring women into circular arguments is men being crazy I'm afraid, not women.

I'm afraid I'm out of arguments for these frustrating dickless wonders. I'll do this instead. I know, at least in Liverpool, people want so badly for my stories to be real that I will give them that little touch of realism. It isn't what you wanted though is it? This type of reality in my writing. 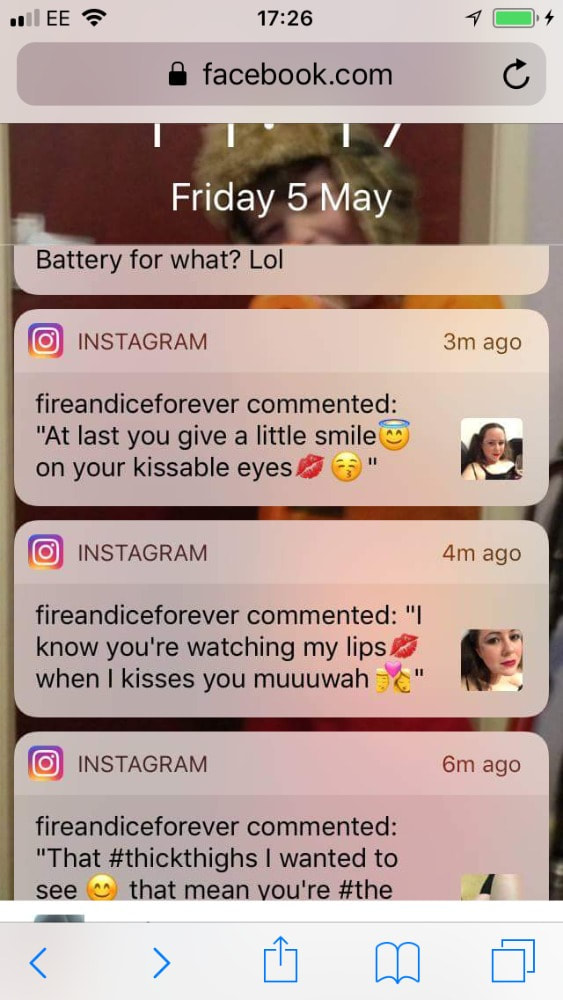