This book took me about two weeks to write. I started it the day I finished “Welcome to New Edge Hill”. As of writing this, I can’t remember the publication order and going on amazon seems like so much effort.

This was my reaction to writing something like “New Edge Hill”. My life still wasn’t great, but I was planting the seeds without drawing much attention to myself. That was important I didn’t draw any attention to myself. I didn’t want people to notice what I was doing. When people notice, they like to destroy. They like to ruin. The wrong sorts of people do. There’s lots of good people out there in the world. But I’m still repairing the damage from the shit storm that occurred during the writing of “Rae”. I’ve been meeting lots of nice people lately, both in real life and online, but the jerks still have a higher ratio. I knew nice functional people were out there. The thought kept me going through some dark times in the long ago, the times that lead me up to the point in my life that the shitstorm occurred in.

I wrote this book mainly while on public transport. To get to this vague resemblance of a job, I had to drop my son off at school as soon as they opened their doors for the day, take a bus to town and then take the train to the job. I was getting up at 5am to get in some writing. I enjoy spending after school hours with my son and any single mother will tell you about the endless chores (it never stops, the house is never clean, something is always broken, etc, etc) so I don’t often write once I’ve picked him up. I wrote this one directly onto my laptop as well, so any writing I would have done in a notebook while cooking didn’t happen. I would have been writing short stories in my notebooks in the kitchen.

Somewhere, somehow, while I was distracted with planting seeds, I developed a reputation for writing the extreme. There’s a lot of unfinished things and fragments that aren’t extreme, so it isn’t the only thing I write. I felt like I was going all-out with “Toenails”. It is nasty. But based on a very simple concept, “I’m going to write a book about a guy who eats toenails”. I could have gone anywhere with that. For the record, I don’t care if you chew your nails. I don’t have any advice for ways in getting you to stop. I’ve never done it myself. I’ve never had an opinion on people who do it.

I do enjoy writing the extreme. I like to see how far I can push things. Sometimes I shock myself. I always disgust myself. I’m prude and squeamish. It isn’t hard. I hope I made more than a few people feel sick with this one.

What was on my playlist? Same stuff as “Welcome to New Edge Hill”. Rival Sons, The Doors, Grateful Dead (I was trying to build the bridge between the before, the bad life leading to shitstorm and the here/now, stoners like Grateful Dead), Phish. Probably some Nine Inch Nails. I acquired a NIN hoody some time ago, probably in the early part of the bad life, when I still remembered what I liked. I had the hoody, I wrote a book called “Reptile” I obviously liked them. It was some time though before I stopped skipping over Skinny Puppy on my iPod and in my CD collection (I don’t own any SP merch). The usual black metal. Hope that helps. 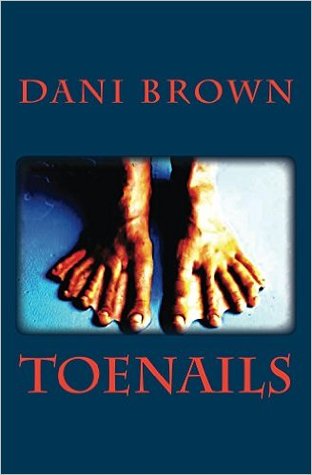