Every now and then Dani will bring out her sketchbook and draw something that isn't based on medieval art. This sea monster is based on a tape worm as seen through (I believe) an electron microscope. Obviously the colours have been altered. Tape worms don't come in bright turquoise and pink. It would be cool if they did.

​Prints are available on redbubble. Dani did decide to leave the tee-shirts enabled. When she was about nine or ten her German grandmother bought her a teeshirt with a jellyfish on it. Dani loved that teeshirt. She does not know the quality of redubble's teeshirts with an image like that on it. She did not cut the monster out and soften the edges like she has done with penis birds (Richard Gizzards because censors). She's left the background as she has seen an increase in teeshirts with printed images with backgrounds on them. She'll only cut images out of a background if that background has been left plain. She did think people would mainly be interested in art prints of this one.

She still has not found a print on demand site with cheaper shipping outside of the USA. If you know of one, please send her a message on any of her social media accounts and she will look into it when she gets a chance. When she starts doing conventions again (probably 2023, let her settle into her new job) she will have prints of her drawings with her and she will put these up on Etsy for people who can't attend in person (her Etsy account is currently inactive and will remain so until she starts doing conventions again). 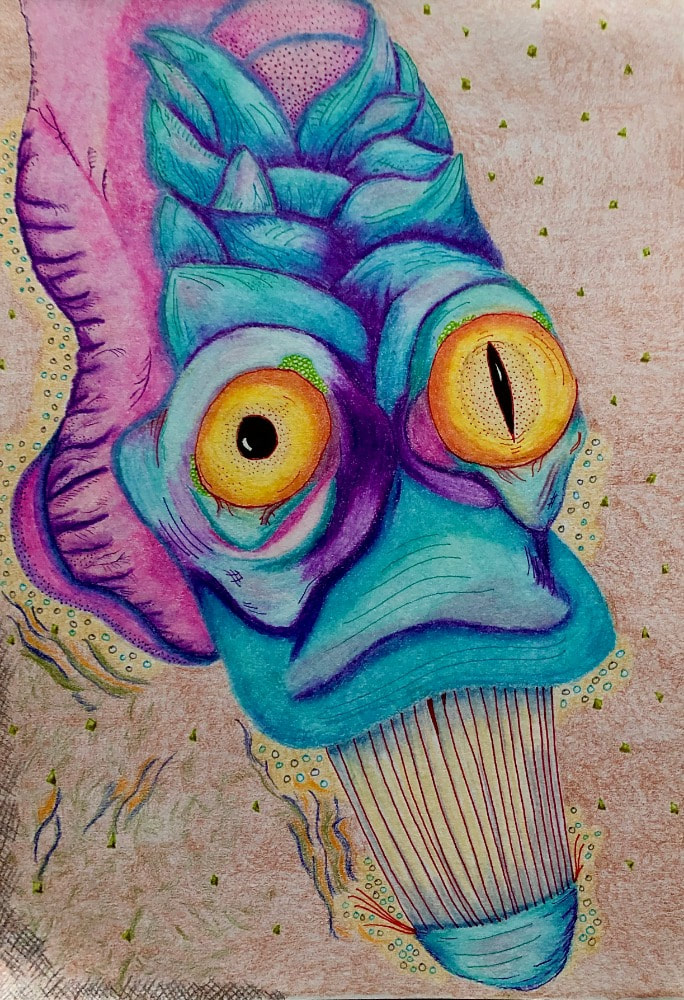