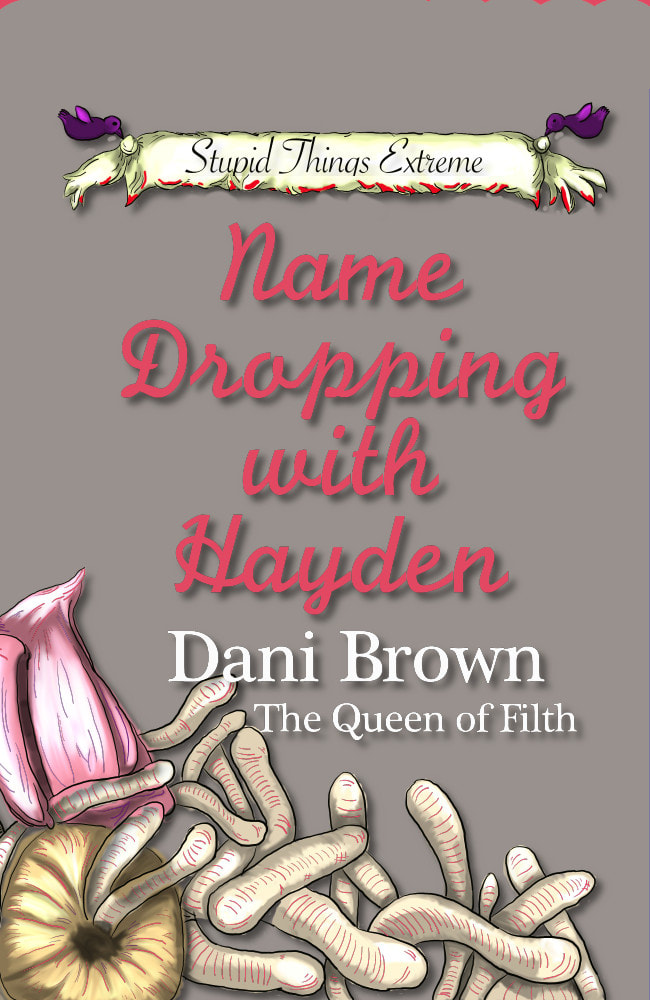 Published on 16 January 2022. Dani would like everyone to know she was having trouble with her drawing tablet during the creation of this cover, hence why it isn't as good as the cover for Stef and Tucker Three: The Flowering Penises.

Name Dropping with Hayden. This book is disgusting. Like really disgusting. Dani couldn't really talk about it on social media without risking a ban. After being forced to date, Ashleigh finds her date has moved in with her. "Michael" real name Hayden won't leave. He gets it into his head that Michael Jackson is communicating with him from beyond the grave. He wants to use Ashleigh's benefits payment to hire a necromancer without considering they have bills to pay and food to buy. He takes over Ashleigh's life. He becomes increasingly violent. One day he kills Ashleigh, leaving her body there to rot. Her ghost lingers. He hires an online necromancer, who is actually a series of men in a call centre. Ashleigh pretends to be Michael Jackson. While Hayden uses her body to relieve himself and eat the maggots squirming in her, Ashleigh forms a plan.