love/lust gone in 56 seconds. dead on the sheets. 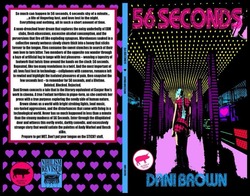 Published by Nihilism Revised on 24 August 2018. It is also available in kindle but you'll have to search Dani's author page for it.

Welcome to Era Two. Story number two, first to be published. 56 seconds love/lust lost, dying on the sheets. Ghost women dance in the fog. Invisible party below DJ Donnie's feet (still a dick, still a jerk) only he can see. Drink gin with the tonic already poured in. The flies reanimate. Lots of elements of erotica. Lots of elements of horror. It is neither. DO NOT PUT YOUR TONGUE ON THE STICKY STUFF!

This is Dani's second experimental story to be published and how she always intended to tell a story. Era Two stories intertwine with each other in prose poetry fashion and incorporate a reoccurring cast of characters. 56 Seconds introduces Donnie, Marcy and Honey. For more information on Era Two (Tainted Love/Push the Button) visit the Era Two section of this website.

So much can happen in 56 seconds, 4 seconds shy of a minute……a life of lingering lust, and love lost in the night. Everything and nothing, all in such a short amount of time.A neon-drenched fever dream that explores the noisy underbelly of EBM clubs, flesh obsessions, excessive alcohol consumption, and the perversions that fire off like exploding synapses. Warehouses soaked in a collective sweaty wetness slowly churn thick into a honey that sticks forever to the tongue. Flies consume the sweet stenches in search of their own love to turn bitter. Two members of the opposite sex wander through a haze of artificial fog to tango with lost pleasures – weaving a tapestry of footwork that twists time around the hands on the clock: 56 seconds. Repeated, like too many revolutions in a twirl. And the most important of all: love/lust lost in technology – cellphones with cameras, romance left to rewind and highlight the isolated pleasures of pain, then snapshot the few seconds lost – to remember for 56 seconds, and a lifetime. Deleted. Blocked. Rejected.Dani Brown concocts a tale that is the literary equivalent of Gaspar Noe’s work in cinema. A true l’enfant terribles in pique-form, as she controls her prose with a true purpose: exploring the seedy side of human nature, Brown shows us a world with bright strobing lights, loud music, sex-fueled aggressions, and the disturbances that come with living in a technological world. Never has so much happened in less than a minute than the steamy madness of 56 Seconds. Enter through the dilapidated door and witness this eerily erotic, darkly comedic, and excessively strange story that would satiate the palettes of Andy Warhol and Bosch alike. Prepare to get WET. Don’t put your tongue on the STICKY stuff.

56 Seconds went out of print. It is back for 2023. First on Godless in January and amazon to follow in March. The text is completely unchanged, minus a new introduction. The cover is new. If this is your first time with the full immersion experience, don't forget to leave a review once your senses return. 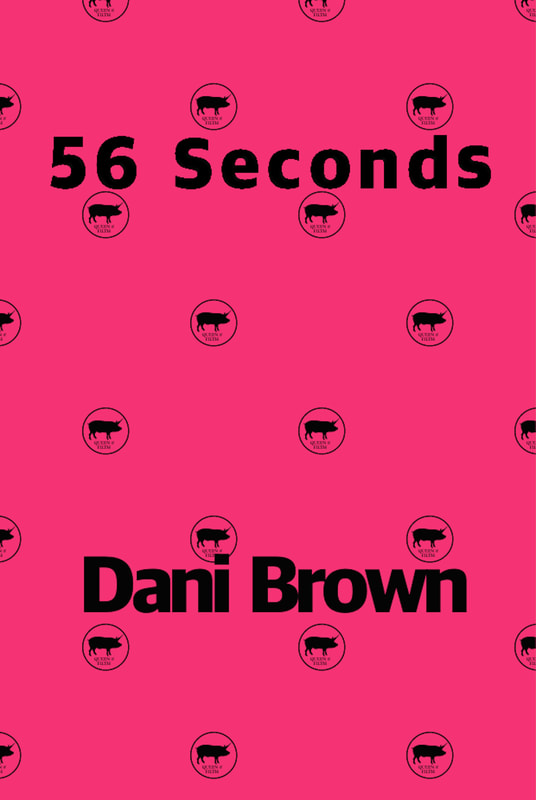