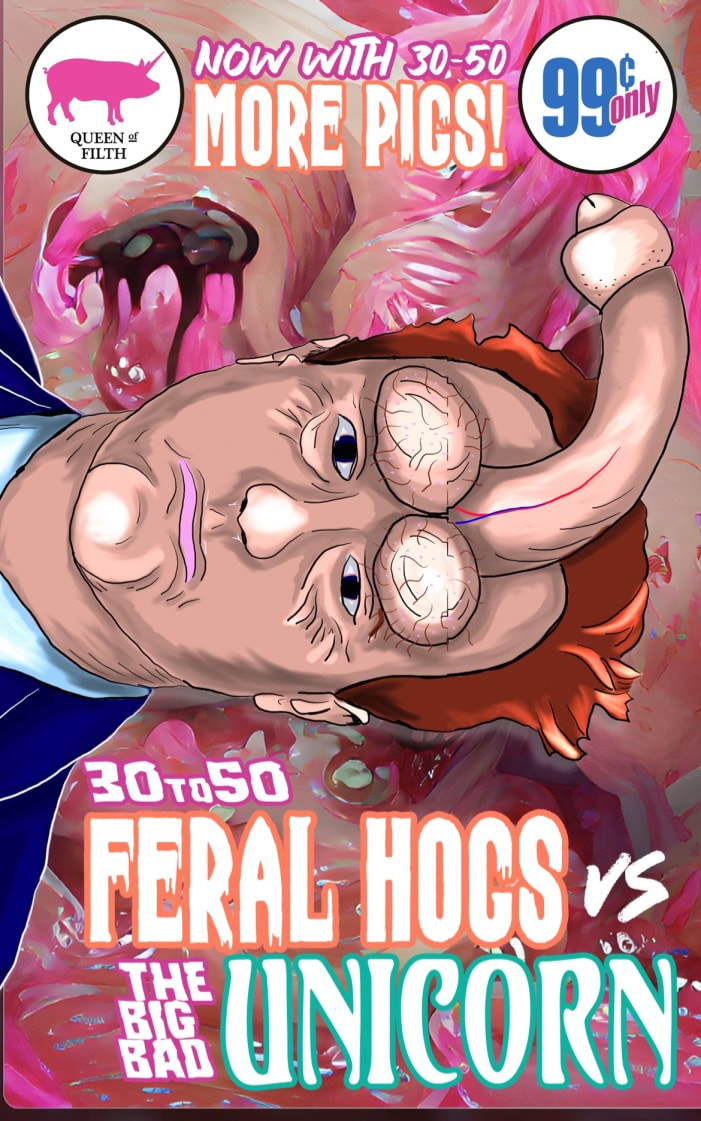 Dani Brown, the Queen of Filth is back with a Halloween 2022 release.

Being Prime Minister is a tough job, but the adoring crowds donating vegetables to him make it all worth it...

Call Me Mike's surgeons accidentally re-attached his severed cock to the wrong place while high on cocaine. Instead of fixing their mistake they added a penis-enlarging pump and gave him some injectable, long-lasting experimental erectile dysfunction drugs. The eyes of the world rested on his massive throbbing unicorn cock. His wife, Alex, was a bit worried about what the neighbours would say. They went in for the same surgery.

But a giant dick on his forehead wasn't good enough for Call Me Mike. He needed a trip back to the good old days when he was free to fuck pigs. Trouble was, Alex wanted to holiday in Cornwall with the basking sharks. He goes on a solo trip to a working pig farm and resort...

Buy 30-50 Feral Hogs v the Big Bad Unicorn on Godless now. Leave a review and Queenie will forward it to her father who said "no one wants to read a book about a prime minister with a dick on his head that he uses to fuck pigs". If leaving a review on social media, be sure to tag one of Dani Brown's accounts otherwise she won't see it. 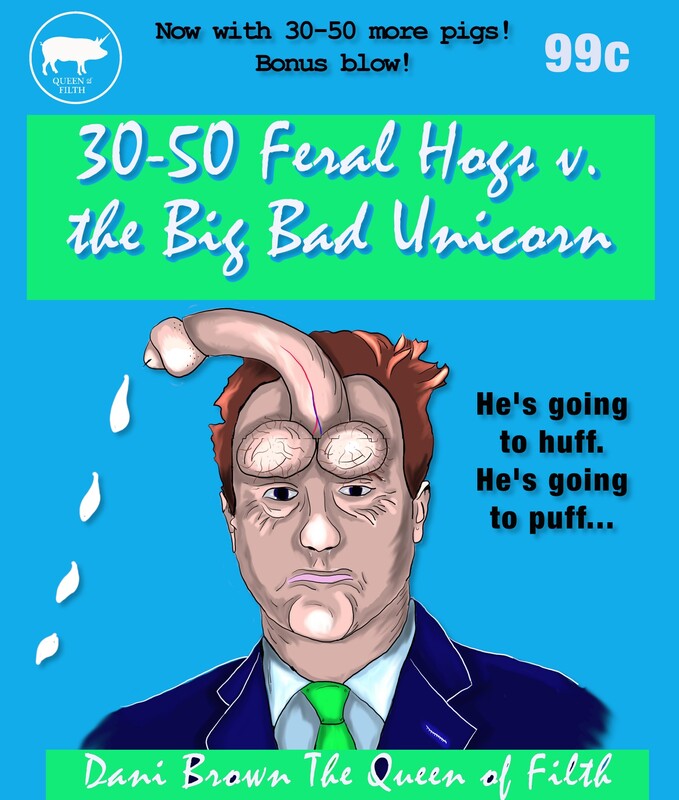