post-rae, I was in some sort of state of shock and shaking. 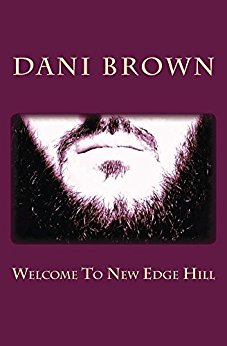 I wrote this one before toenails but it was published after.

Obviously, I wrote and had other stuff published between “Welcome to New Edge Hill” and “Middle Age Rae of Fucking Sunshine”. “Reptile” is screaming at me, “hey, what about me? You didn’t even need to turn to the comments section in the Daily Mail to write me!”.

“Welcome to New Edge Hill” was my attempt to write something that wasn’t extreme after that shitstorm that occurred while writing “Rae”. There was still some hounding going on, but I had something that vaguely resembled a job. I say vaguely resembled a job because how it was set up would have been a bit of a dick move under good circumstances, these weren’t good circumstances. The set up and consequent lies told to me about how it was set up play in a big role in why I feel so worthless today (and also “Stara”). If I hear, “but you were paid”, again, in regards to it, I’m going to snap. One of the people responsible for the intensive hounding was basically rewarded by his parents for his efforts, where I had some proverbial shit thrown at me and my place in the world was firmly cemented as a “charity case”. I was trying to ignore all that.

I swallowed the sweetness of the lies (don’t worry, I’ll share my share with you). Due to how it was set up and knowing it would come to an end, I wanted to give owning my own business, which would have washed away the underlying feelings of worthless away, another chance. But that’s “being negative”. It wasn’t worth the argument. I still didn’t have a voice. I was still the dumping ground for other people’s stresses. I focused on writing instead and trying to lay down some more foundations for rebuilding my life in ways that people couldn’t see (because that’s being negative, as is planning for the future) because arguing had already broken me and I didn’t have anything to show for it.

There was some hounding going on in this time of a sexual nature. I don’t want to go into details at this point in time. I’m not ready to do so. But this book wasn’t going to have any sex in it. I’ve grasped that a lot of people have trouble separating the author from the content, hence warnings on my website. I say some absolutely vile things in my books. I’m a bit insulted that some people believe I actually think that stuff. But it is outright dangerous for people to think I get up to some of the weird sex stuff I describe.

A nice book, with hipsters and el chupacabra (I still don’t know the actual spelling of that). Something that I’d be comfortable for my grandmother to read. I don’t remember much of writing this one. I wrote an awful lot at that time. It doesn’t stand out. I had a lot published. I was still dealing with a lot of shit, but I had a little break in at least I wasn’t dealing with the job centre. I was helping my son rebuild his self-esteem. Things weren’t good. But after the shitstorm of dealing with “Rae” they seemed it. A bit calmer until the sexual hounding made me physically sick. That was probably why I spent at least one year after the shitstorm shaking and mumbling and appearing like I lost my mind. It was getting in the way of me putting things back together and then rebuilding my life from the ashes. But I’m a patient person. It wasn’t anything I hadn’t dealt with before. Keep my head down and plant the seeds for a fruitful life. Again. The fire of “Rae” destroyed a lot of the ones I planted years ago, when my mother wouldn’t let me leave the house.

I wrote a lot about hipsters in this time. I guess the concept of a hipster amuses me. I obviously don’t have much time or money to enjoy special gin (or fancy gin, as I called it while I was drunk off cheap gin at a party the other night). Or much of anything hipsters enjoy. Some of it was stuff I liked before the hipster was born. I don’t quite grasp how the hipsters have the money for the lifestyle they live with what they are doing, or claiming to be doing, with their lives. They get by somehow.

I don’t know how much police officers make. Hipster cops sound kinda cool. I’m still a bit frightened of authority figures. Never had the time to build a bridge over some old scar that I can’t remember and it doesn’t have much, if any, impact upon my daily life so I deal with it.

Who doesn’t like Chupacabras? The Big Foot people seem to like them. They’re my favourite. Apart from Megalodon, but I never finished that story and it isn’t top of my list.

As people seem interested in what I’m listening to when writing, I’m guessing it was the Rival Sons. If you haven’t watched the video for Electric Man, please do so. How hipster was that? Jay reminds me of Jim Morrison. I was probably listening to the Doors as well. One of the few things I remember liking from the before.

That’s about it with this one. Seems a bit weird after writing all of that stuff for “Rae”. I’m going to get to writing the notes for “Toenails” and “Stara” now. It’ll be nice to have them all written in one day, even if I don’t post them. I know I’m skipping out my JEA books. There’s some notes on the JEA website and I’ll write some intense notes at some point, but I have a deadline. And other stories to write after that one.